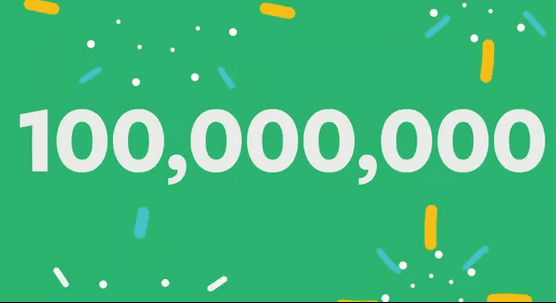 The One Hundred Million

Who are the hundred million in Revelations

You may be asking yourself what is the title about? They get a number of mentions in Revelations and once in Daniel 7.

In Revelation 5 they just get mentioned as a number 10,000* times 10,000 sometimes called myriads of myriad  or one hundred million and as a great multitude. This number is also mentioned in Daniel 7. Let us pick out the scriptures that mention this group of people and put some light on them. The following is a list of scriptures that mention these saints. I feel a quick look will help clarify the subject.

Rev 6 9 When he opened the fifth seal, I saw under the altar the souls of those who had been slain because of the word of God and the testimony they had maintained.

10They called out in a loud voice, “How long, Sovereign Lord, holy and true, until you judge the inhabitants of the earth and avenge our blood?” 11Then each of them was given a white robe, and they were told to wait a little longer, until the full number of their fellow servants, their brothers and sisters, were killed just as they had been.

saying:“Amen! Praise and glory and wisdom and thanks and honour and power and strength be to our God for ever and ever. Amen!”

Then one of the elders asked me, “These in white robes—who are they, and where did they come from?”

I answered, “Sir, you know.” And he said, “These are they who have come out of the great tribulation; they have washed their robes and made them white in the blood of the Lamb.

Therefore, “they are before the throne of God and serve him day and night in his temple; and he who sits on the throne will shelter them with his presence.

For the Lamb at the centre of the throne will be their shepherd; He will lead them to springs of living water. ‘And God will wipe away every tear from their eyes”

Rev 14 . There will be no rest day or night for those who worship the beast and its image, or for anyone who receives the mark of its name.”

This calls for patient endurance on the part of the people of God who keep his commands and remain faithful to Jesus.

Then I heard a voice from heaven say, “Write this: Blessed are the dead who die in the Lord from now on.” “Yes,” says the Spirit, “they will rest from their labour, for their deeds will follow them.”

Rev 15-2 And I saw what appeared to be a sea of glass mingled with fire—and also those who had conquered the beast and its image and the number of its name, standing beside the sea of glass with harps of God in their hands. 3 And they sing the song of Moses, the servant of God, and the song of the Lamb,

Rev 20-4 Then I saw thrones, and seated on them were those to whom the authority to judge was committed. Also I saw the souls of those who had been beheaded for the testimony of Jesus and for the word of God, and those who had not worshipped the beast or its image and had not received its mark on their foreheads or their hands.

They came to life and reigned with Christ for a thousand years. This is the first resurrection.

Blessed and holy is the one who shares in the first resurrection! Over such the second death has no power, but they will be priests of God and of Christ, and they will reign with him for a thousand years.

Daniel 7-10 A stream of fire issued and came out from before him;

When you pull the scriptures out about these people you get to understand how honoured they are. This hundred million are the first resurrection. It is pretty obvious that this is going to be the very opposite of the rapture. If you are a big rapture fan you are not going like the outcome of this essay.

Why 100 million? This number gets mentioned twice, once in Daniel 7 and in Revelations. The multitude standing before the throne. In Rev 5 it is a little unclear as to who they are. It mentions angels and then two numbers. Thousands of thousands and 10000 time 10000. Elders, angels and others. It would not make sense to say millions of angels and a 100 million angels when other scriptures say an uncountable number of people.

Just to side track for a moment this give us some idea of how many angels there are. If we say this is the same description as Daniel 7 then it is only one million. He says one a thousand thousands. That this thousand thousands served him and the 10000 times 10000s stood before him. This description of standing before him is the same as Revelations 6-11. This is the saints coming out of the tribulation.

How do they die or why? These are they that have come out of the great tribulation. Not before and not after but during. This is saying that 100 million saints are going to die during the tribulation. But why? Rev 15 describes it as 'those who had conquered the beast and its image and the number of its name, standing beside the sea of glass with harps of God in their hands'. Rev 20 says 'those who had not worshiped the beast or its image and had not received its mark on their foreheads or their hands'. When the tribulation has started and those who can stand and be killed for that stance will be regarded as having victory over the Beast. This is very similar to Jesus as they killed him and thought that they had won but it was Jesus that had the victory because his purpose was to save us. He saved us by dying for our sins. Are there going to be internment camps and gas chambers? Maybe, but I suspect that not being able to buy and sell well kill most people. Starvation no access to medication, no power for heating will kill tens of millions. But violent deaths will take its toll as will.

What is so important and so blessed about these saints. The first idea they they are something special is Rev. 14 Blessed are the dead who die in the Lord from now on.” “Yes,” says the Spirit, “they will rest from their labour, for their deeds will follow them.” Then we get the real story in Rev 20 Also I saw the souls of those who had been beheaded for the testimony of Jesus and for the word of God, and those who had not worshiped the beast or its image and had not received its mark on their foreheads or their hands. They came to life and reigned with Christ for a thousand years. This is the first resurrection.

On one hand you have the rapture story saying we are not going to go though the tribulation. That every thing is going to be lovely and happy and who knows where you will end up. On the other hand we have a hard death but staying true to Jesus during this time will result in you coming back to life and reigning with Jesus for a thousand years. I speculate that this will not only include the thousand years but when we enter the new earth as well. There is another group that well rise in the first resurrection.  Those who had their heads cut off in the name of Christ. We see horror stories from the Middle East of beheading. These people will rise again to reign with Jesus. We get a chance to apologise for not coming to their aid. According to legend, Paul was beheaded so you will get to met him.

The rapture is truly an evil doctrine. It is making people completely unprepared for what is about to take place over the next ten years. It is making the saint in the USA ill prepare to be the only country fighting the Antichrist. Making the saints in the rest of the world weak for fighting and dying but gaining victory over him.

So do you want to be part of the first resurrection or do you think that your calling is to go through the tribulation and be part of the new world. There are two different types of people left. I hope you will take my word on this because working through the word will take a lot of work. The scripture I will use is that there are two people working at a mill, one is taken and one is left. Firstly, there must be enough people to use the product produced from this industry. Secondly, the person left is an Israelite how is taken to Israel.  Then there are the other left to populate the world. The word says these people will be rare as gold but gold is not that rare. If you want to survive I will give you the only advice I know. That is to remove Google, Twitter and Facebook completely out of your life.